The Lamentations of the Flame Princess adventure campaigns at Indiegogo are now live! 19 adventures by really famous RPG blokes, such as Vincent Baker, Monte Cook, and Richard Pett. Also, adventures by people no one has ever heard about, such as Yours Truly!

Here’s the final lineup, in alphabetical order by author: 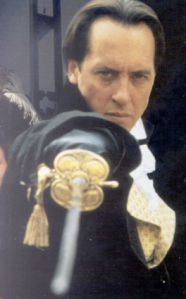 Teasers for the adventures and bios for the talent and more info on the campaigns can be found here.

Time to pony up for some old school fantasy excellence!